How it all started

Well, this short post is about my early bash scripting straight from `99, so hopefully, it counts as retro 😉

Back in the ’90s, broadband internet access was rather rare and expensive. Local ISPs were on the top back then.
At that time I lived in an urban area rich in dull, concrete ten stories blocks to living in – a perfect ground for LANs.
Obviously, I wanted to have Internet access but I wanted to check it first. Me and my few other friends, I had a LAN built already – without the Internet but just for data sharing and gaming of course 😉
Of one these folks already bought access from a local ISP but since he also had RJ-45 leading straight to my flat, he could simply connect me through a 10Base-T HUB (anyone remembers these ? :P) so I could have a quick look at this ISPs network.

I’ve got myself access but Internetz wasn’t working … now what ?!
After a bit of research and lurking I’ve figured that there are around, 160 PC’s on a network connected through HUBs – no switching at all YAY!
Linux server worked as a router with SNAT.
Admin filtered access based on MAC address of client’s ethernet cards, so I was kinda unlucky … yeah kinda … :>

The plan was super simple – to spoof legit ( already in routers DB ) MAC address combined with legit IP and take over his/her access.
It can be done very easily under Linux – you throw a few commands to a bash console and viola! it works!
However, in reality, it was not that simple. There were two problems to solve.

A project Mutator was born.
Personally, I treated it as bash scripting training.
Also, I desperately wanted this tool to stay in one file so I could quickly transfer it everywhere or just simply copy & paste it.

When you first run it, the script checks if the last line of it is set to #FIRSTRUN. If yes, it asks a few configuration questions, like current MAC, IP, Gateway IP, and so on. After that, it replaces #FIRSTRUN with #RUNNED (yeah I know.. Engrish:) so when you relaunch it, it sets vars and jumps straight to a proper function inside the script.
Example config: 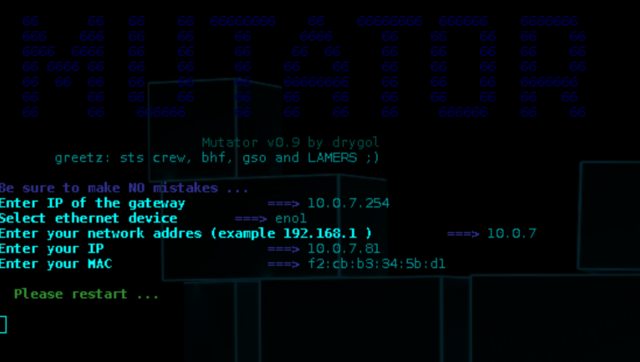 The menu has a few options. 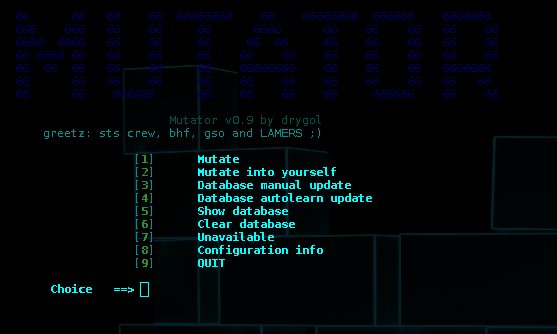 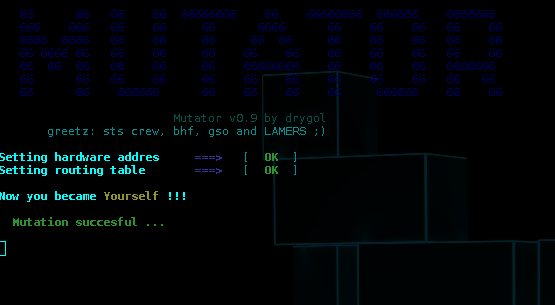 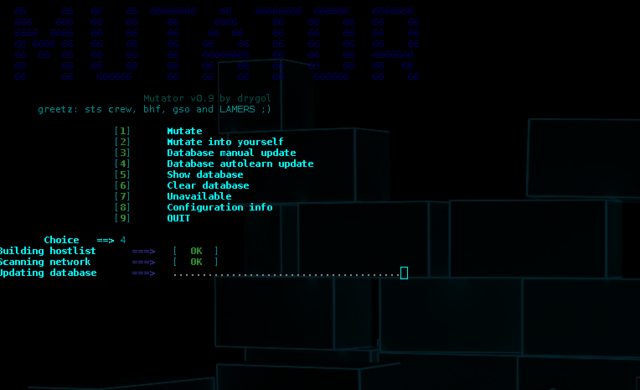 I did implement simple error handling but it is far away from alright. I didn’t bother to finish this project so if you wanna improve it you are on your own 😉

Mutator worked very nicely, especially when everyone went to sleep – plenty of targets. Also, administrators’ only way to catch you was to manually disconnect every RJ-45 from hubs scattered over 10-15 buildings so I was pretty safe. Some days later I finally joined that network too – at least officially …. and even became an admin of it a few weeks later.

That’s it, this is how one could get a free internetz in the ’90s 🙂