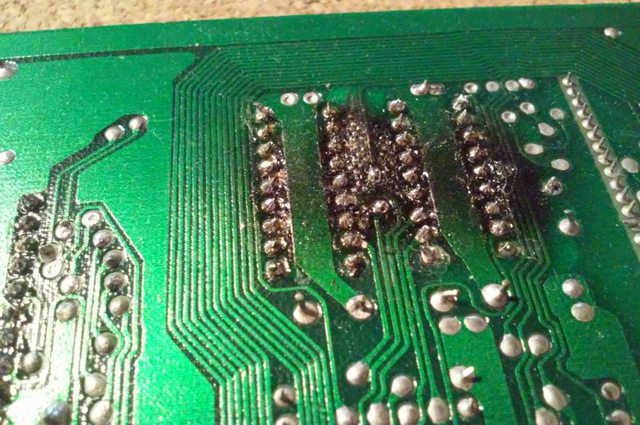 Another day, another post … kinda delayed because of the VMworld conference.

Soooo, this is another post about small hacks that piled up for the past few weeks and are hopefully worth a look …. like this radiator massacre that I’ve found recently. 😀 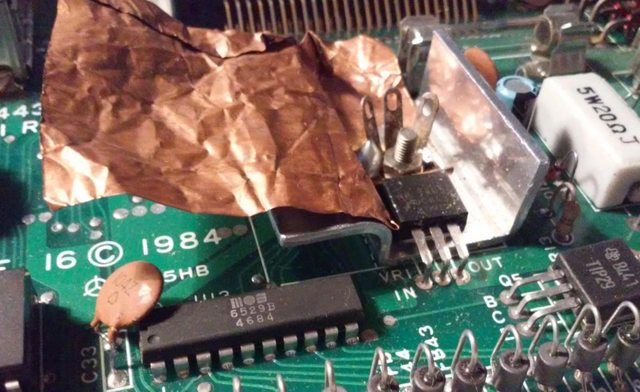 My friend Gepard of Lamers asked me to install an SD2IEC inside his C16 that he bought some time ago.
I opened it and was kinda surprised by what I found inside …
Just have a look at the photos. I am putting it here just 4 t3h lulz 😉 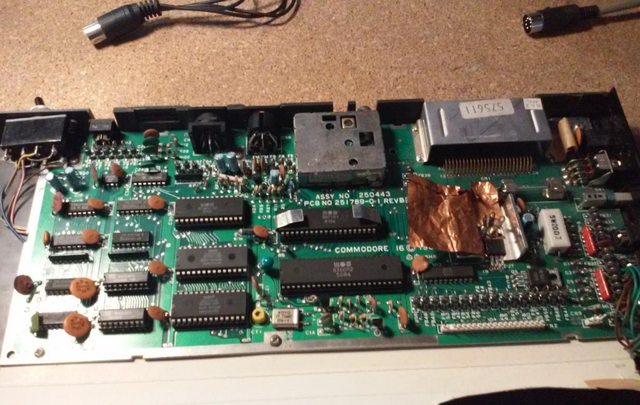 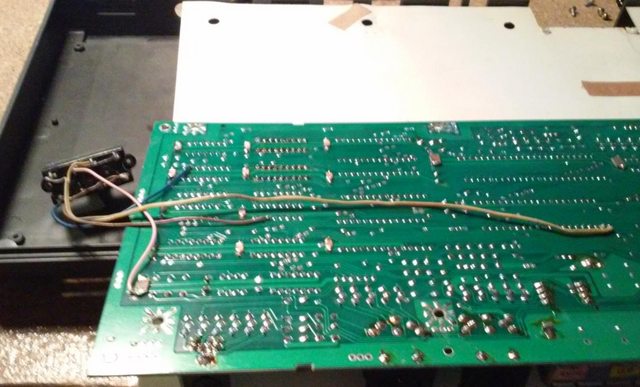 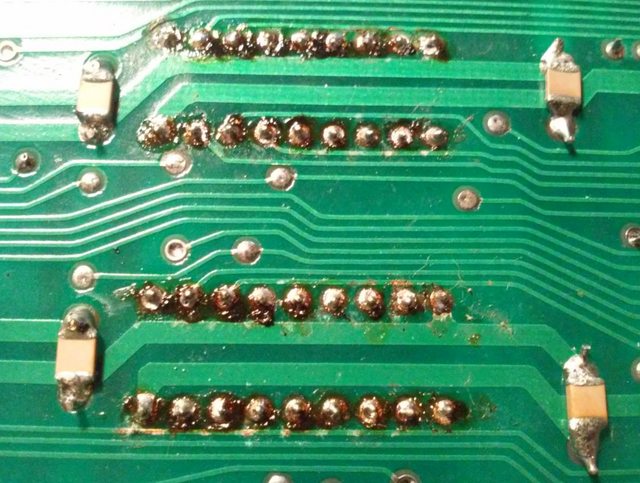 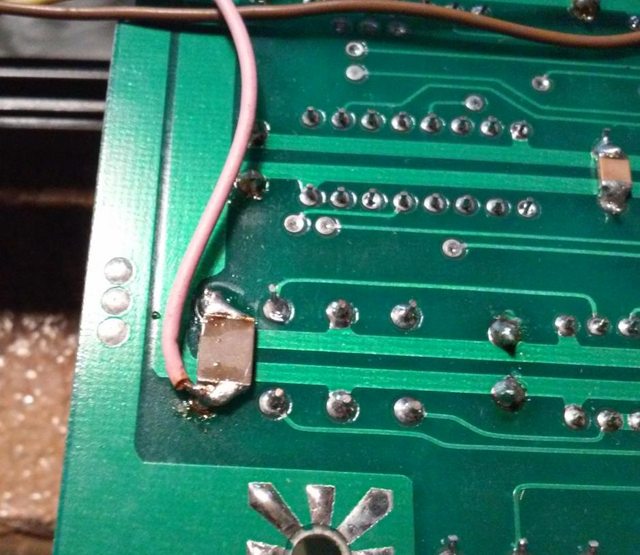 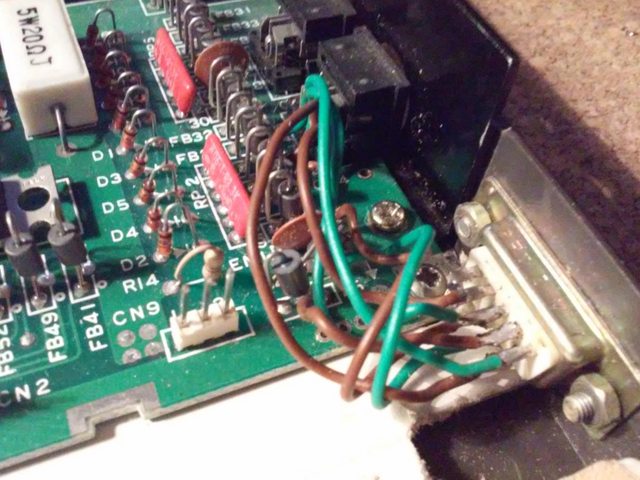 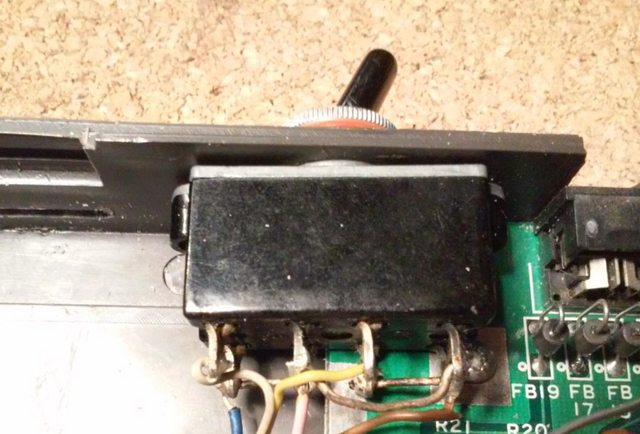 … yeah … quite a nice soldering …
The switch mounted on a back of a case is a RAM changing mod.

Anyway, I needed to look for a nice place to install an SD2IEC.
Swap disk button and LEDs were hot glued above sd2iec PCB.

This is where I’ve put it. 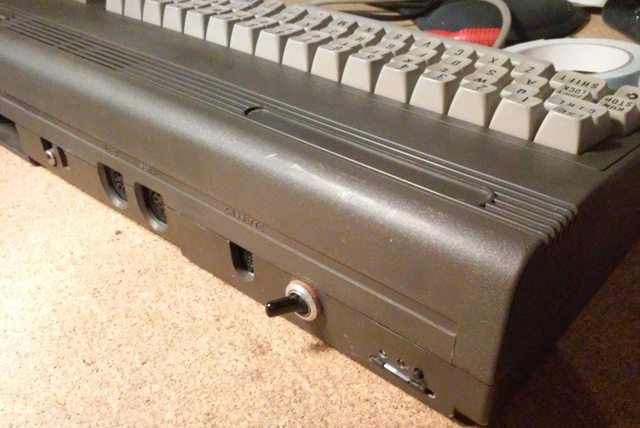 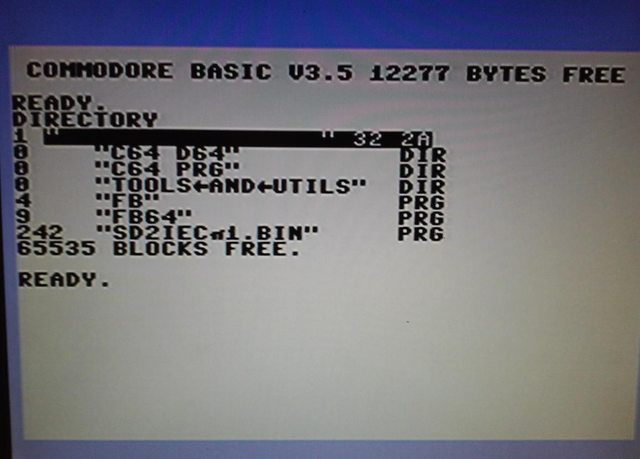 I’ve figured out a way to renew my Speccy +2 silver emblem.
Originally it was kinda worn out:

Since I didn’t have a small and stiff brush, I’ve made one myself 😉
… with a piece of wire

The idea was to use Aluminium spray paint.
Canned spray paint is never thick, therefore it fits this task perfectly.
I’ve sprayed a bit of it into a cup and gently painted emblem letters with my hacked brush 😉 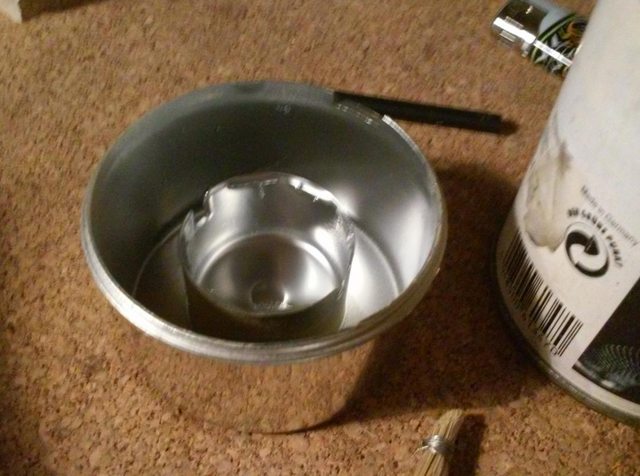 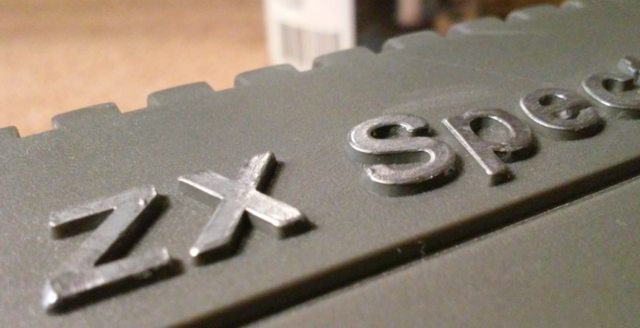 C64 Powered via 1A USB charger

Yeah … I was surprised too 😉 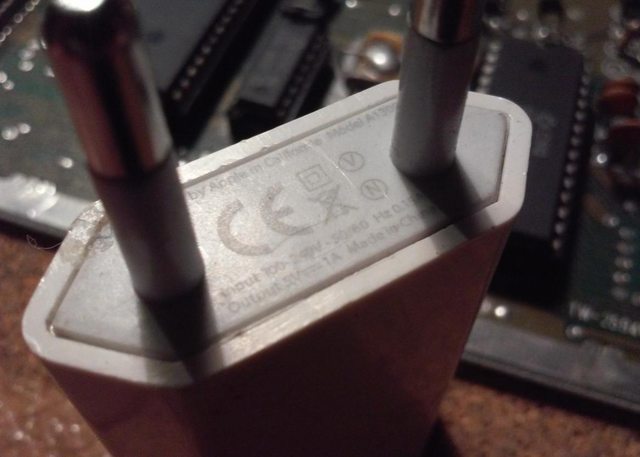 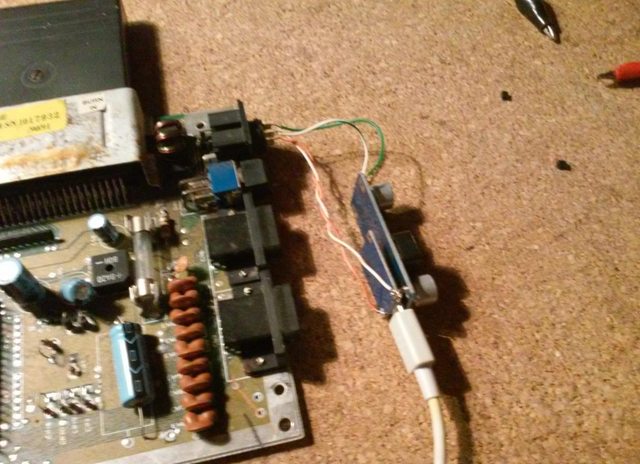 Here is how it works

C64c powered by USB charger ?? from pit on Vimeo.

I’ve also made a variation of it with a regular and cheap 9V DC power supply.
Again, with a cheap, Chinese DC-DC step-up converter. 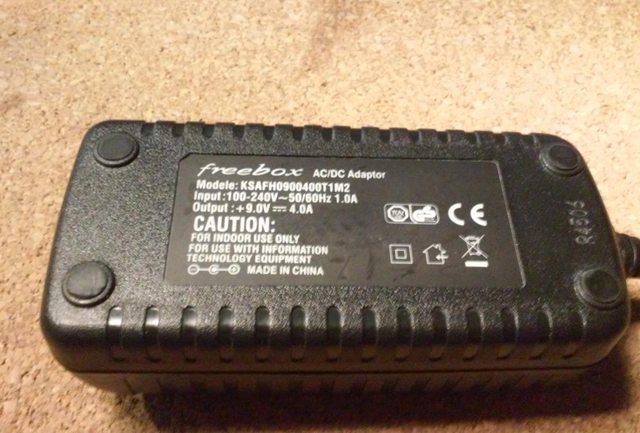 I’ve quickly designed and 3D printed a small case for a converter. 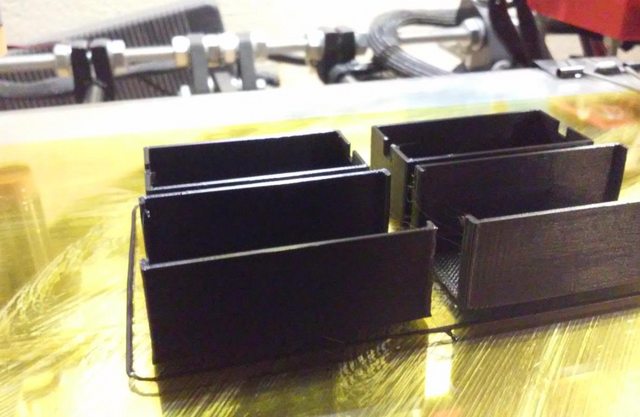 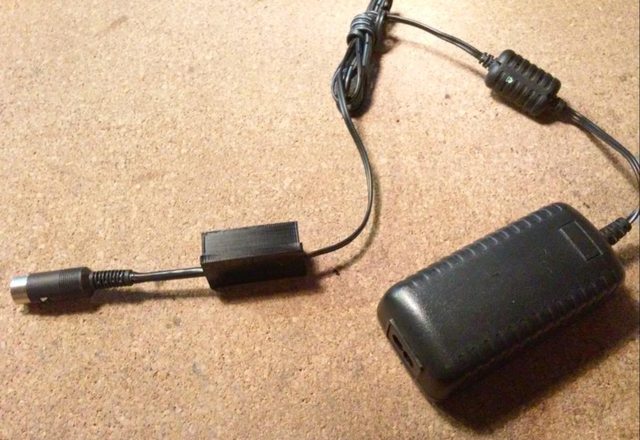 I was testing it with C64(shortboard) running a Commando for 2 hours and nothing major happened.
I’ll be launching some heavy tests later.

That is just an update to one of my recent posts
It finally arrived so here it is already glued on. 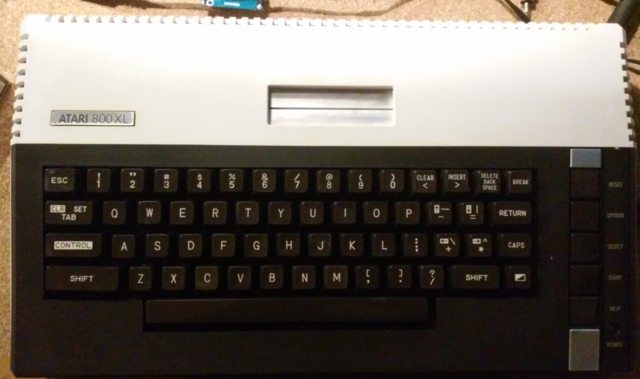 A single strand of thin copper wire is useful when fixing broken traces on a PCB. 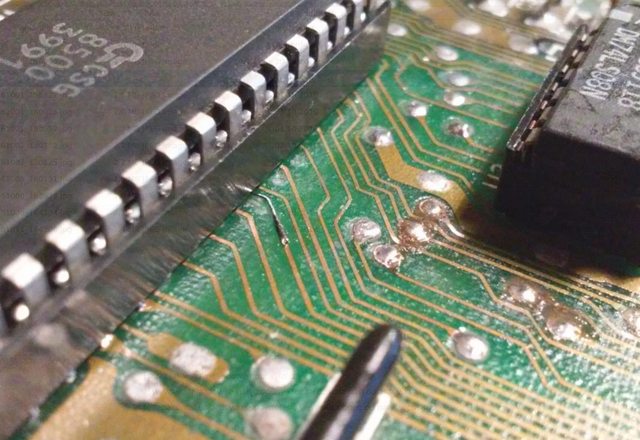 Again PSU 😀
Believe it or not but this PSU came with one of C64c that I’ve bought on a bidding portal. 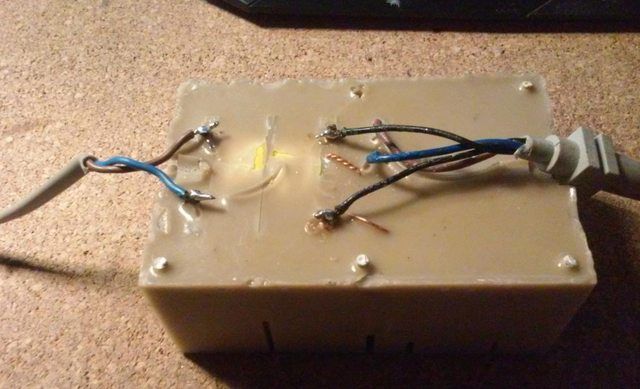 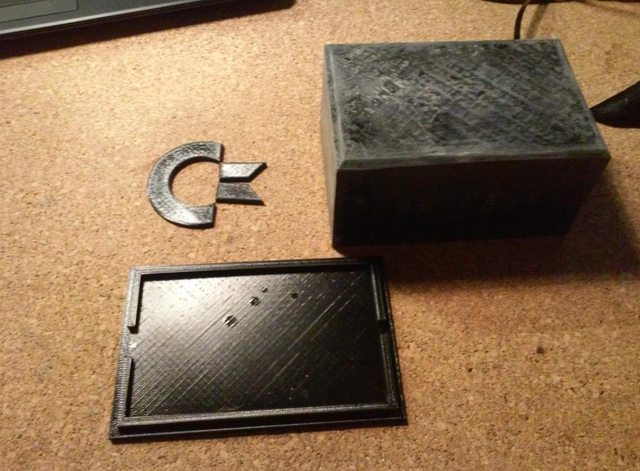 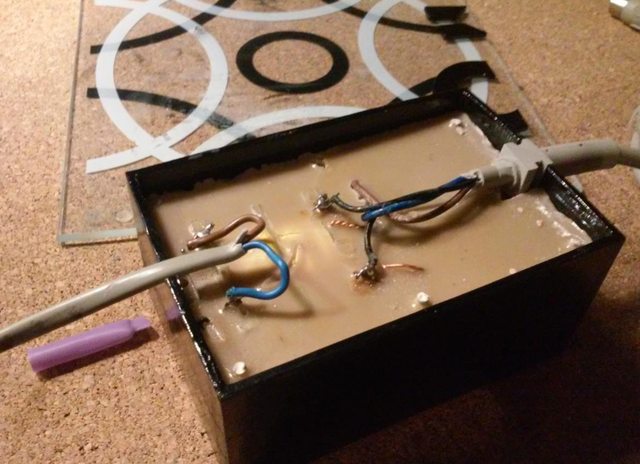 As usual, I’ve put parts into an acetone bath to give it a nice glossy look.
End results. 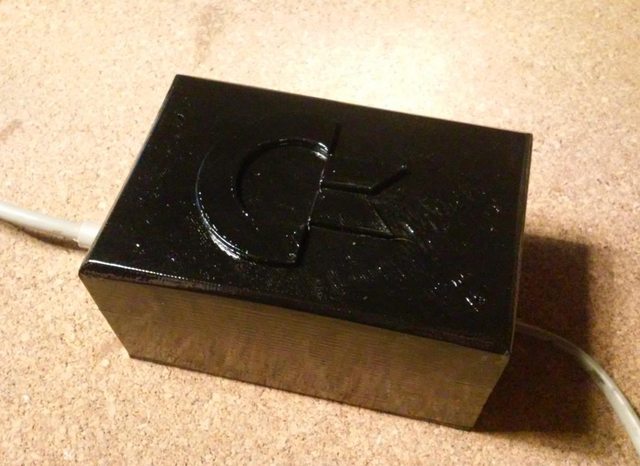 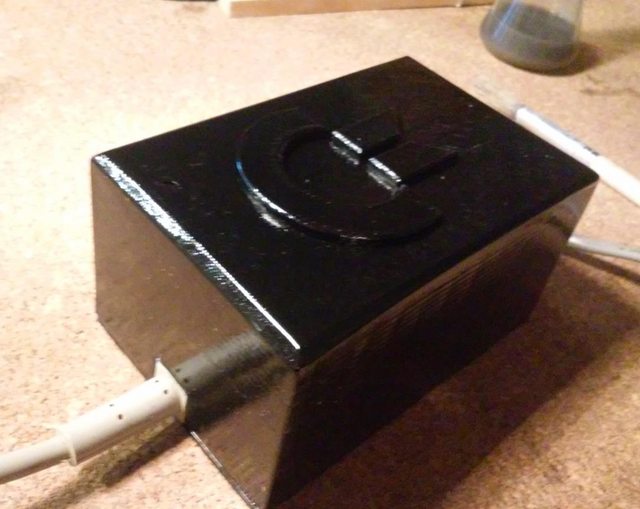