… or a DIY PCB milling machine

I’ve got this link from Wiecz0r/Lamers … no further explanation is required … :>

Yeh yeh, I didn’t write for a while. Xmas… new year … and so on.
Some time ago, I was trying to build a SIO2SD for Atari 8bit
I already had a decent understanding of how to work with the toner transfer method, but I wanted to automate the prototyping process a bit more and also simply wanted to learn something new.
On the Internetz (yay !) I’ve found a very cool project – Cyclone PCB Factory. It was started by Carlos Garcia.
The Cyclone is basically a 3D-printed CNC machine designed for PCB milling.
Instantly, I was like … 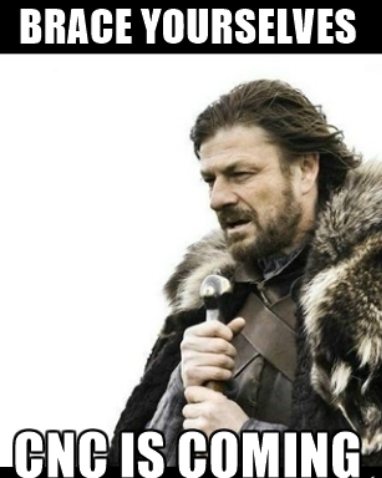 At first, I decided that will build this just for the lolz/fun/learning.
Actually, I had specific plans for it at that time … and still have (with my latest build), but I also have had issues with time management recently. I’ll fix it soon 😉
Also, I don’t have many photos of my early builds … but I have movies instead !!! one!11!eleven!1!

Anyway, I started to order parts for this project like crazy and in the meantime, I’ve 3D printed the necessary parts.
Version 0.9.7 was the first one that I built.
The machine was controlled by Arduino MEGA with RAMPS shield, the same combo as in my 3D printer. I’ve used NEMA17 motors to control axes and the Dremel-like tool to do the milling.
After a few days, I had a working machine … sorta 😀
Arduino received a Marlin firmware which is common in the 3D printing world. I set it up, uploaded it to electronics and I was ready to run some tests.

The very first thing that has to be done when milling a PCB is auto-leveling. It is important because you don’t want the milling tool to plunge too deep into a PCB. You only need to get rid of a very thin layer of copper.
Auto leveling utilizes firmware ability (with some mods) to achieve this. It simply probes for a Z-axis height in an array of points on a PCB and writes down values so it can be used to adjust Z height later during milling. The process looks like this.

After that, I could start milling my first PCB.

As you can see, I’ve failed miserably 😀
First of all, I’ve used the wrong tool (an end mill bit) to cut v-groves (sic!), that is for starters. Failed leveling, wrong milling speed, feed rate, and other small mistakes were introduced in that video too, but hey! that is a part of a painful learning process, amirite?
I’ve tested various software configurations, and experimented a lot with different PCBs – not really with great success, however, going through this process gave me a better understanding of machine limitations, software toolchains, and its usage in general.

Tools and software that I’ve found useful at that point: 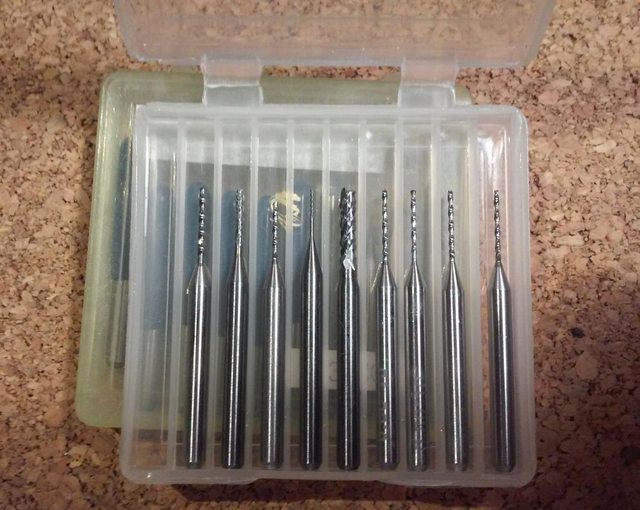 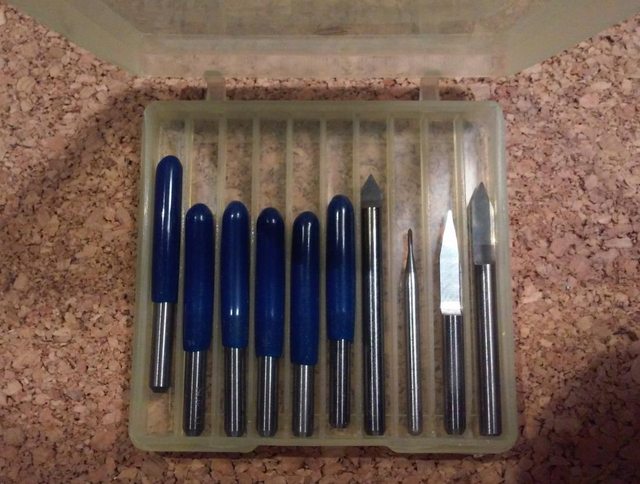 Meanwhile, Carlos and other folks on a google-groups didn’t waste time and they’ve made a lot of cool mods.
Obviously, this shortly resulted in …

This build had lead screws changed to trapezoidal equivalent.
I had to modify the x-carriage a little and add some own small tweaks to make it work. I’ve also 3D printed a few elements out of PLA instead of ABS – it made the frame stiffer.
Here is how it looked and worked 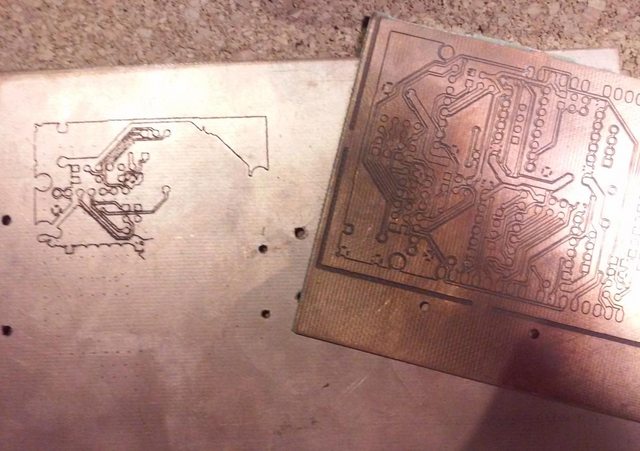 To put this machine on a more serious test, I’ve decided that I’ll try to mill a PCB – SIO2SD for Atari 65XE – and then compare it to the one that I’ve made using the toner transfer method. Several clicks later, I had my GCODE ready so I could start milling a PCB. 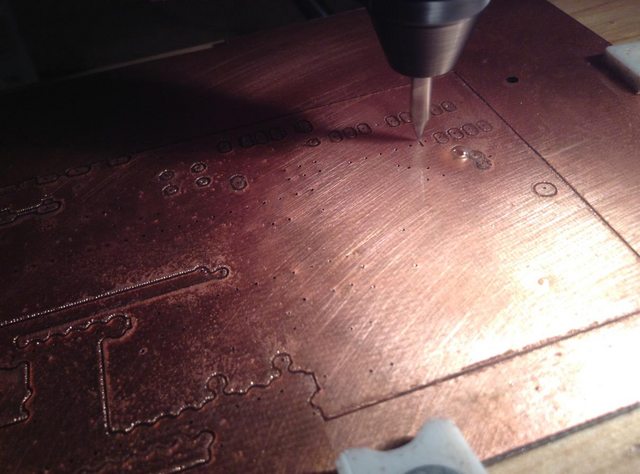 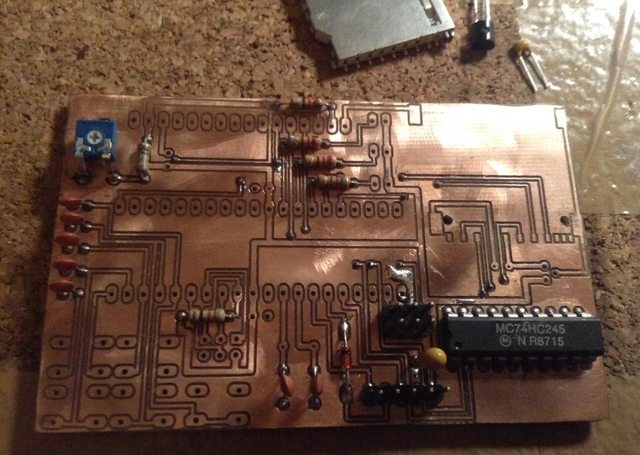 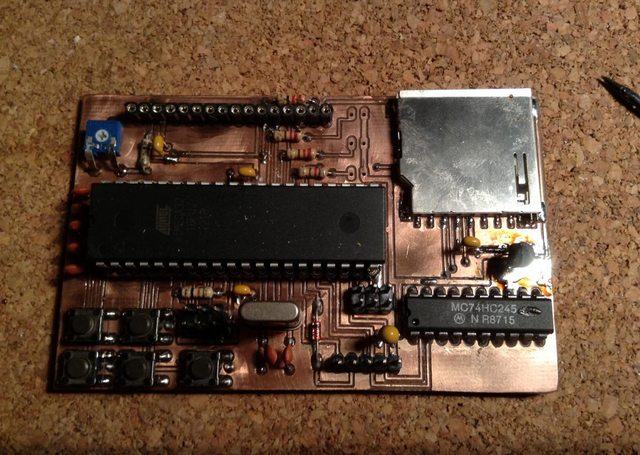 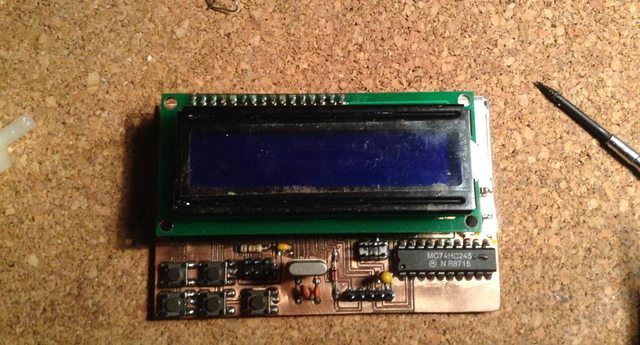 While working on my RetroBlade project, I needed to prototype the top and bottom cover for it, so I figured that it should be possible to mill it on Cyclone. I saw some folks were successful in milling acrylic with Cyclone.
This time, I also wanted to switch to GRBL. I’ve decided that I’ll simply try an Arduino UNO with a CNC shield. A new “silent” spindle was already waiting and Cyclone 2.0 was already released by the community, so it was the perfect time for some changes 🙂

I switched back to lead screws and reprinted a whole machine.
I don’t have any photos of it, just a movie where I try to mill a top cover prototype for RetroBlade.

I’ve quickly realized that a larger workspace generates a new set of problems.
Besides, I’ve already had my prototypes milled by a friend 😉
A quick decision was made to make it smaller 😀
So…

Yup, that’s the latest one so I finally have some photos 😀
This build, except for being more compact, also received some cosmetic changes.
The electronics box and PSU are now sitting on the sides of a frame.
I’ve added some radiators to NEMA17 stepper motors and 3D printed a box for on/off switches. 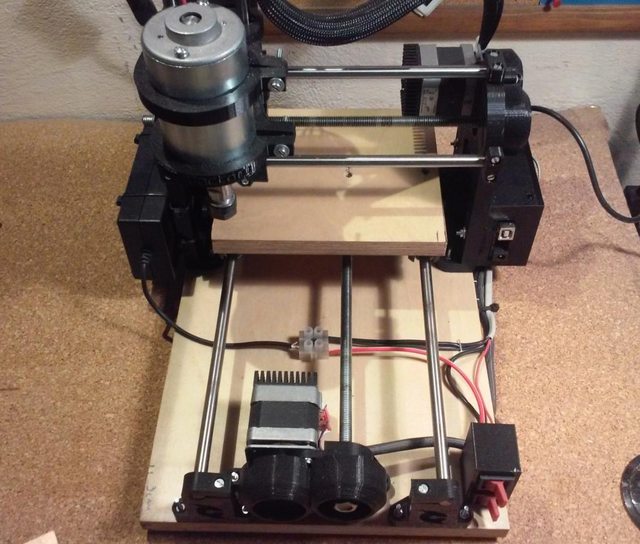 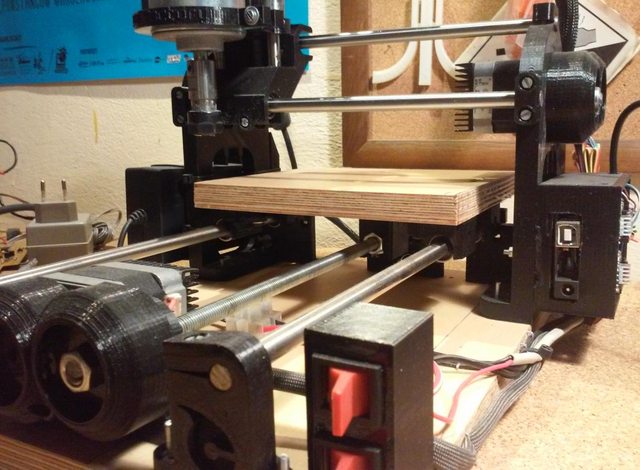 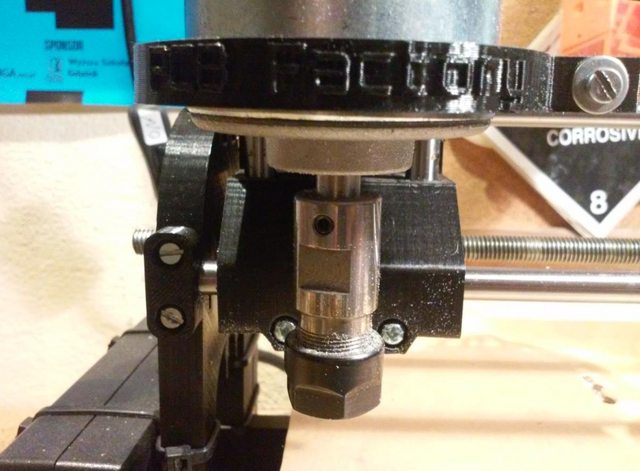 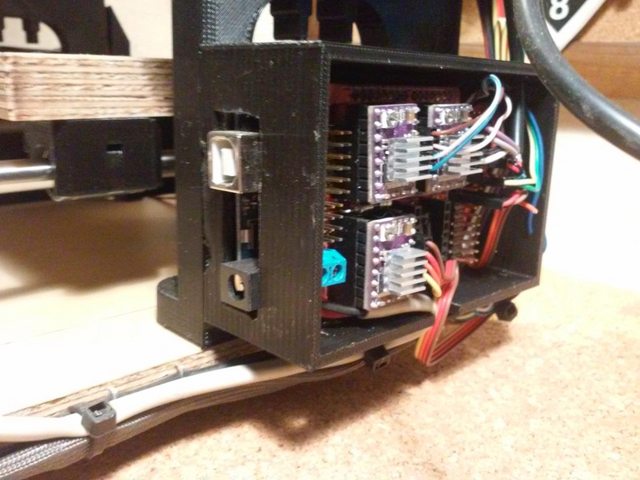 … and the journey continues

This is one of the coolest projects so far. It is definitely not suitable for professional manufacturing but is very handy when a PCB prototype is needed.
Moreover, building and working with these machines gave me a better insight into the world of CNC, therefore Cyclone is an awesome project for everyone who wanna start learning cool CNC stuff at home without spending a crapload of money 🙂

In the end, I would like to thank Carlos and all folks involved in creating software, hardware upgrades, and all other details without which this awesome project couldn’t grow and evolve.