… or how to break stuff in order to repair it

A long time ago, far far away, in a distant galaxy, something happened but …

… nobody knows what exactly happened because it is too fuckin far away. 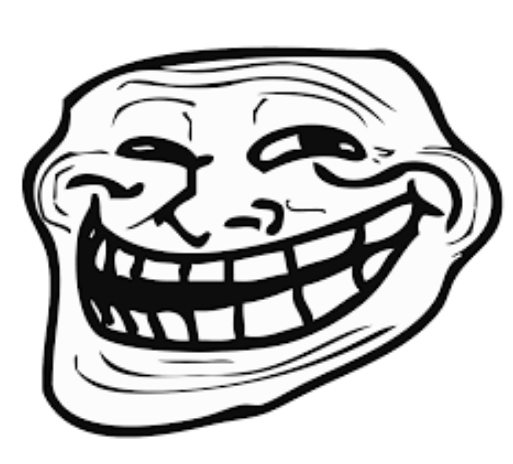 So I have this Commodore 1541-II floppy drive that is a bit yellowed, missing serial cable and a power supply. 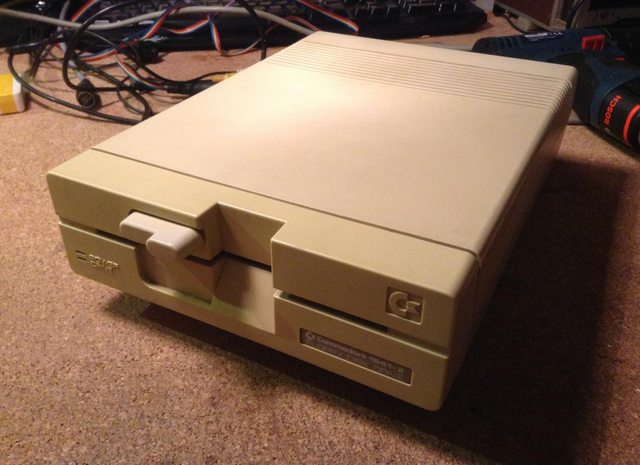 Obviously, I wouldn’t be myself if I left it like this so when I finally had a bit of free time (seriously, just a tiny bit) I decided I’ll refurbish it 🙂
The floppy drive was in pretty good shape so I assumed (wrongly! :D) that it’ll be a rather straightforward and easy job. I just needed to de-yellow it and clean it off the old dust and other crap that it was covered with. 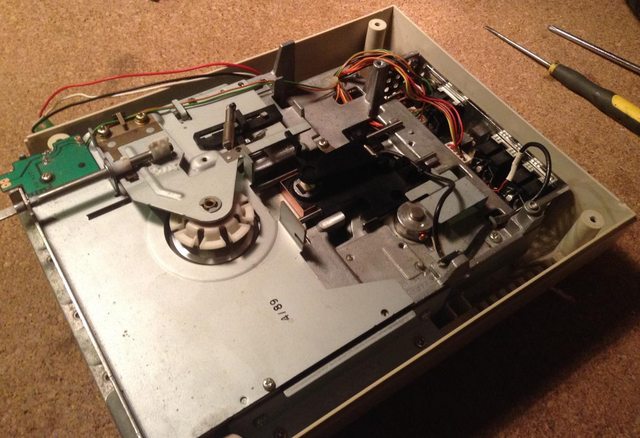 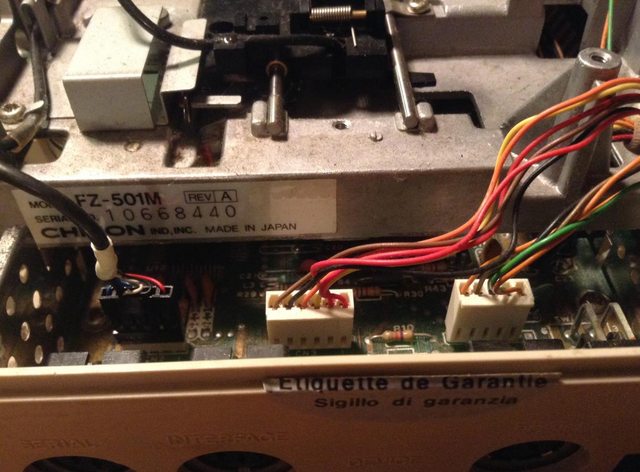 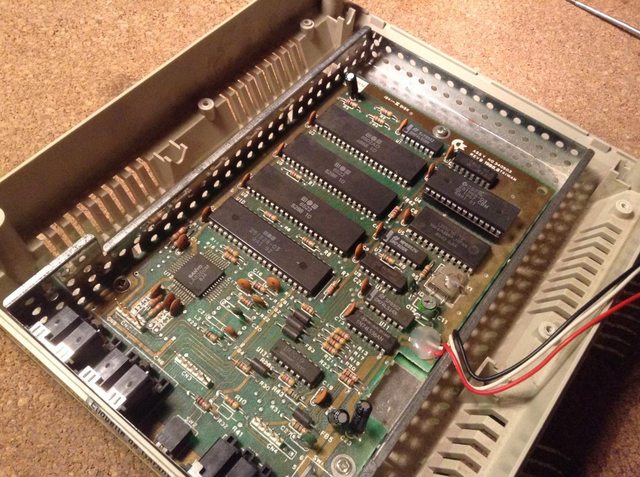 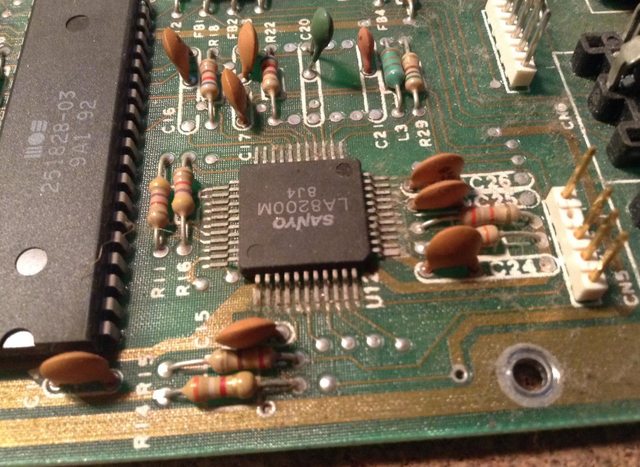 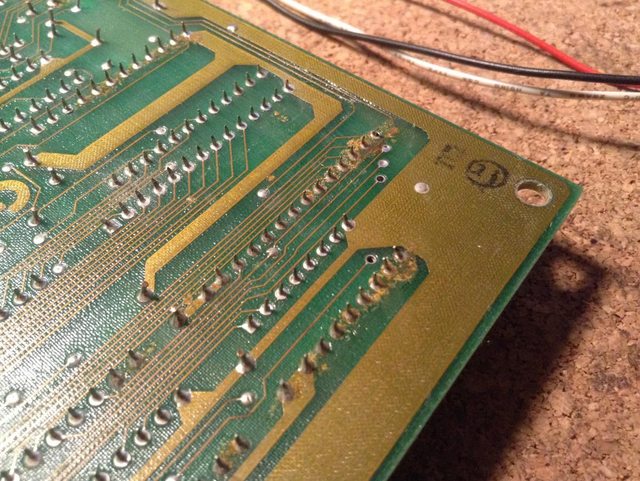 So far, so good. Cleaning was quick and easy. De-yellowing took some time as usual but worked like a charm. I’ve covered de-yellowing so many times already that I’ll skip it and show you outcome photos instead. 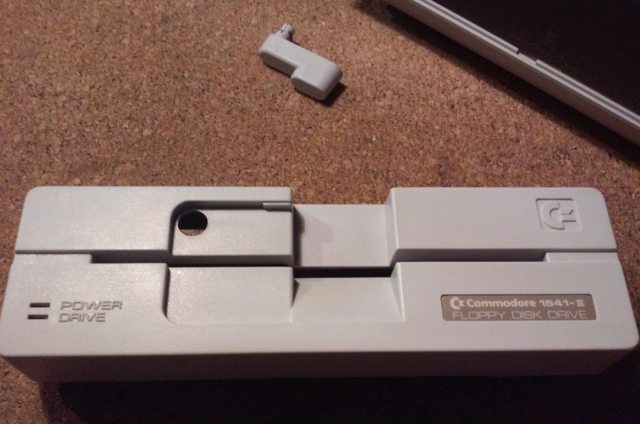 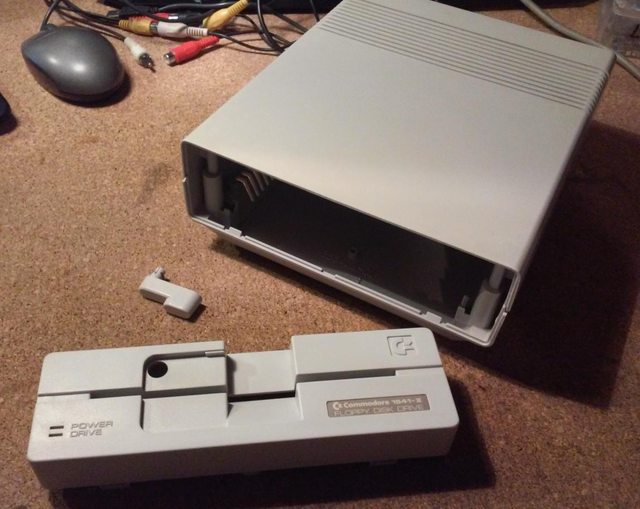 In the meantime, one of the folks on Lemon64 forums ( cheers guys 😉 ), started a thread about failed part inside 1541-II. His problem was a broken piece of a part that pushes a floppy disk holder into a working position.
It is that white thing in the photo below. 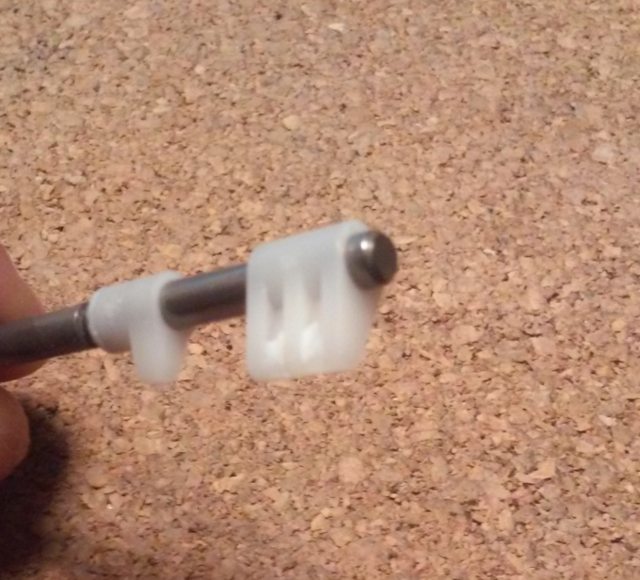 Obviously, my idea was to 3D print it and since I had all disassembled it, I could take some measurements without problems.
I’ve no idea why (actually I have an idea, I am an idiot, that’s why ;P) but I desperately wanted to remove this thingy to make some additional measurements and to figure out how it is mounted. I’ve started to pull it strongly … then I pulled it with pliers … then I farted (lol) … aaand … then it broke.
I was like … 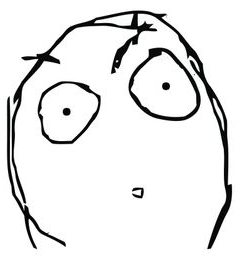 So, instead of simply helping the other guy with creating a model for a 3D printer, I’ve ended up with a real problem lol 😀
Luckily, I already had everything I needed to start drawing a model. 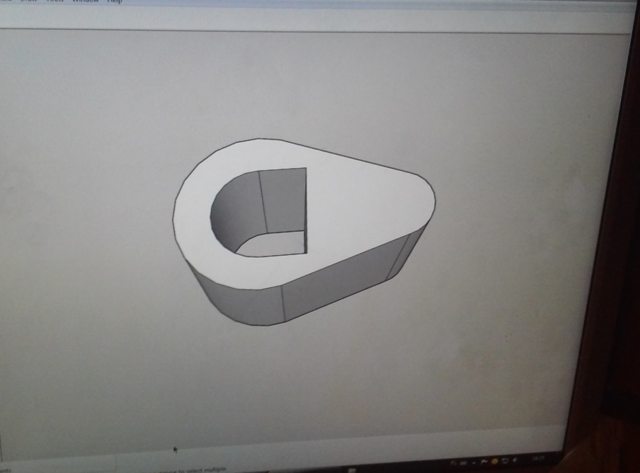 Since it is quite a small part, it is always a good idea to print a few of ’em at once, especially if you don’t have a cooling fan installed on a 3D printer.
I’ve loaded a model into Slic3r and set up parameters. 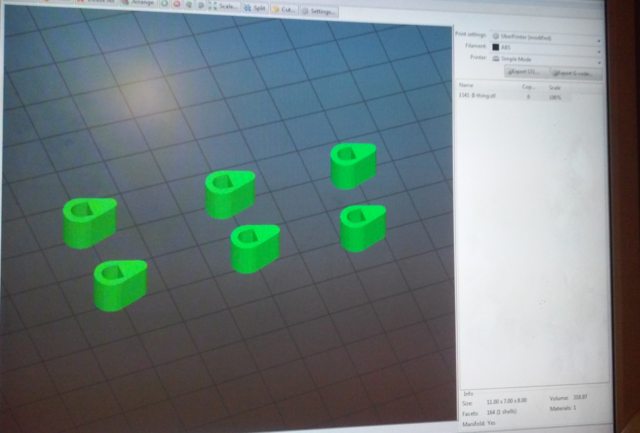 A few minutes later I had six printouts ready for testing. 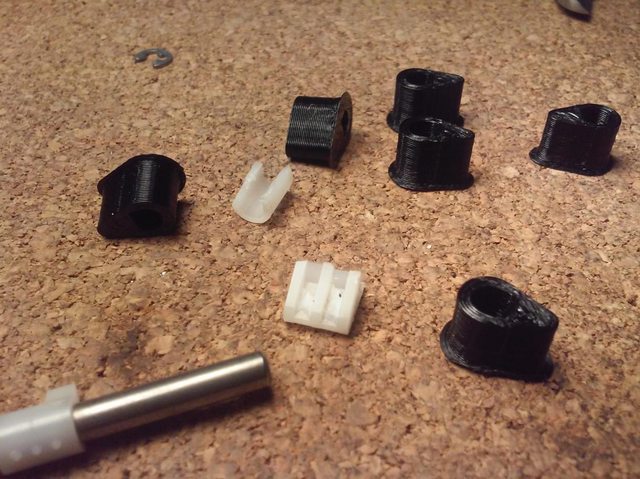 Printouts needed some post-processing, like cutting off a brim and a bit of sanding. After that, I pressed it onto a shaft and secured it with a small injection of epoxy glue to hold it in place. Here is how it looks mounted. 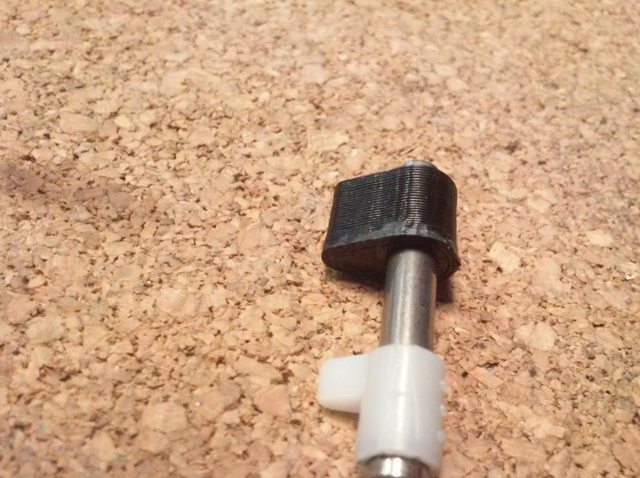 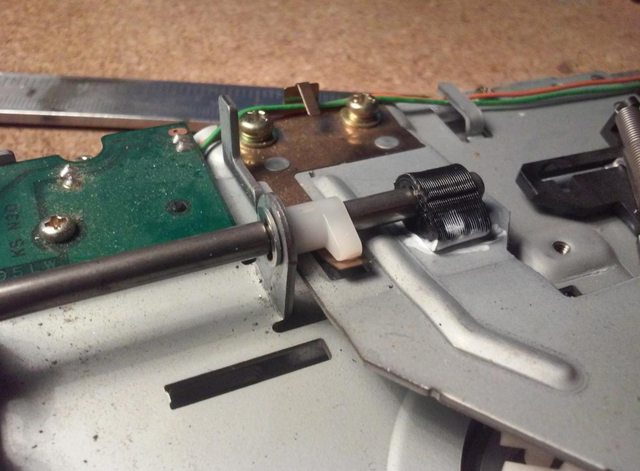 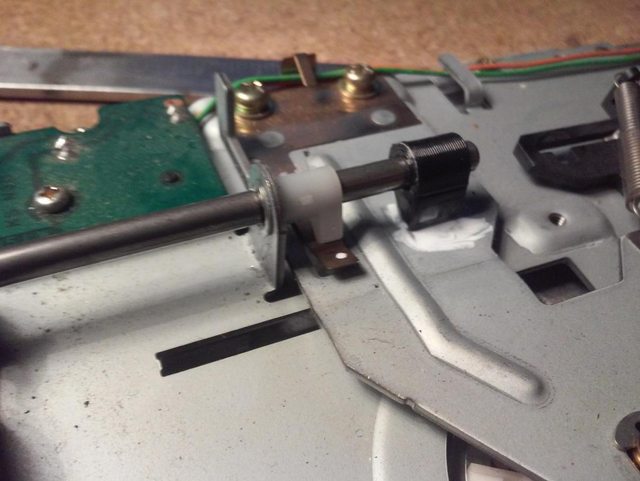 Phew, it worked 😀
For all those with a similar problem, HERE is an STL file for your 3D printer 😉

Just two things left to be done.
First is, a serial cable which I’ve made out of a UTP cable 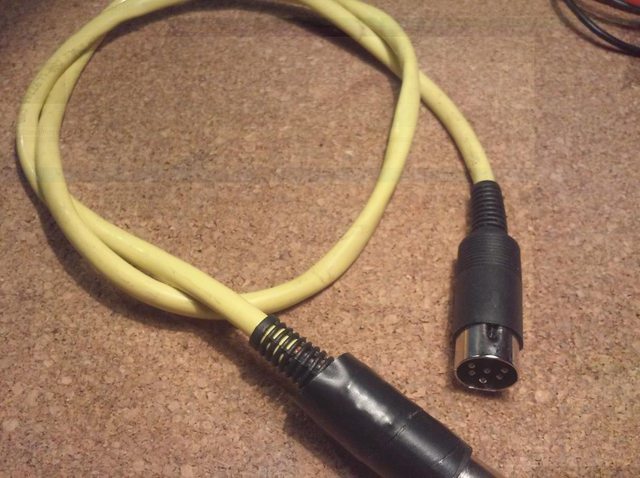 The second is a PSU for a floppy.
This floppy drive uses two voltages 5V and 12V so that was quite an easy task. As usual, I’ve used a typical 12V PSU and added a step-down DC-DC converter to get 5V, shrink-wrapped it, and … YAY, IT WORKS!.
I already did similar hax in the past – HERE for an example. 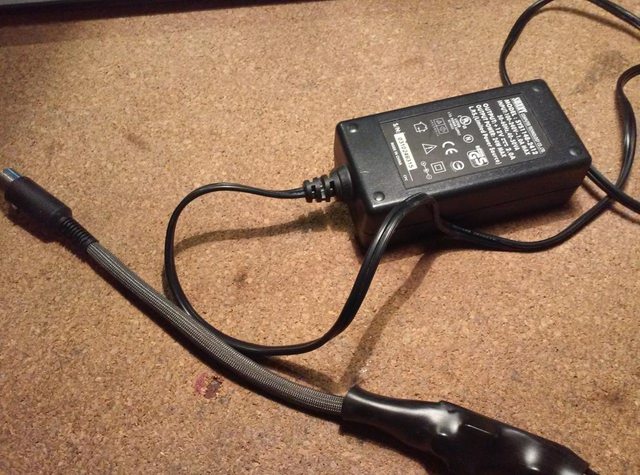 The whole above resulted in a rather nice-looking and fully working 1541-II floppy drive setup for my C64 :D. 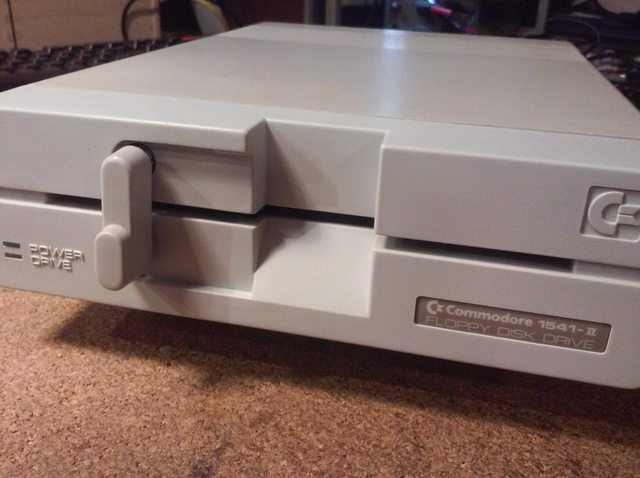 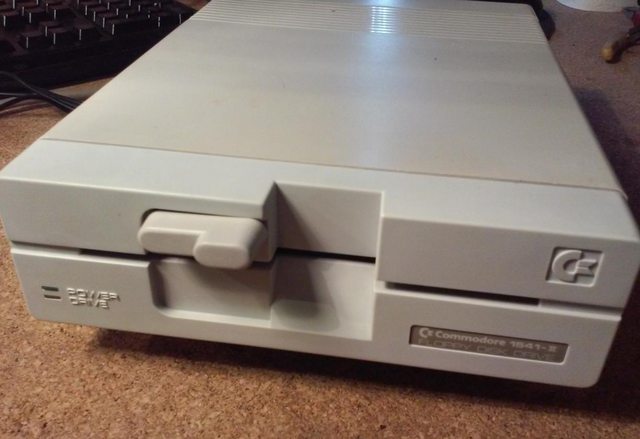 See ya next time 😉