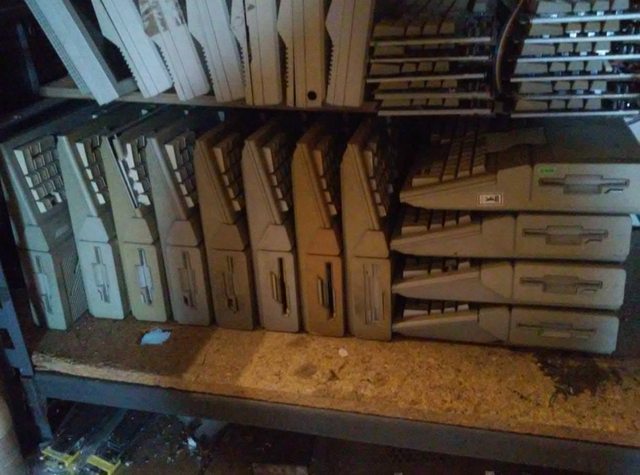 Most of the machines were dead, yellowed, and with cracked cases.
This rather short post is going to be an intro to a more complete and detailed post with the rest of the Atari machines refurbishing chaos 😀

This particular Atari was so yellowed that I couldn’t believe my eyes. That is actually why I’ve decided to write a separate post about it.

Have a look at how it looked prior to cleaning and disassembly. 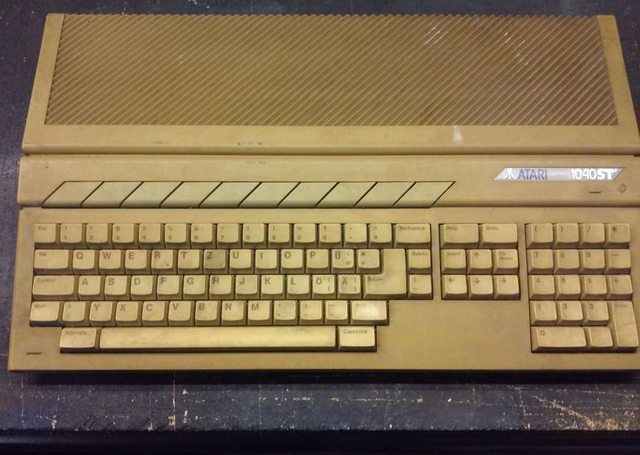 Below is a pic made just for comparison with an already refurbished keyboard. 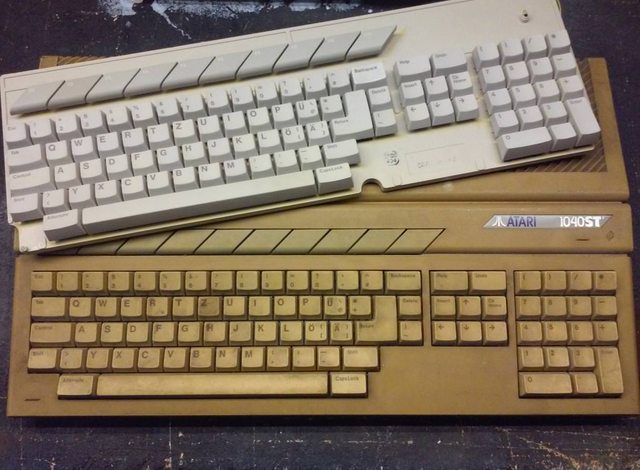 Some pics with close-ups after cleaning it. 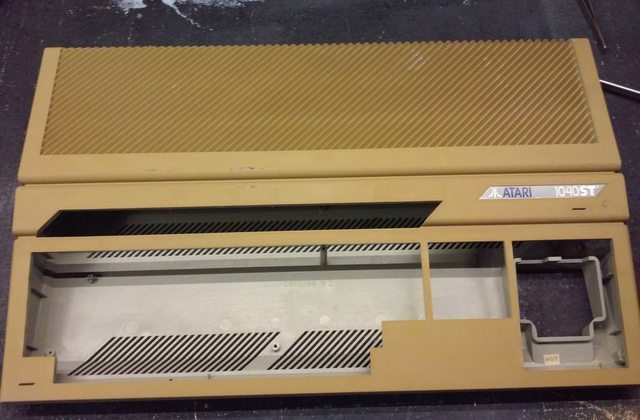 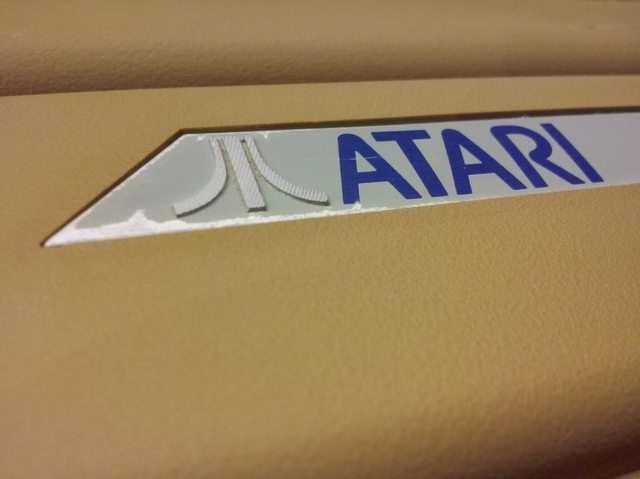 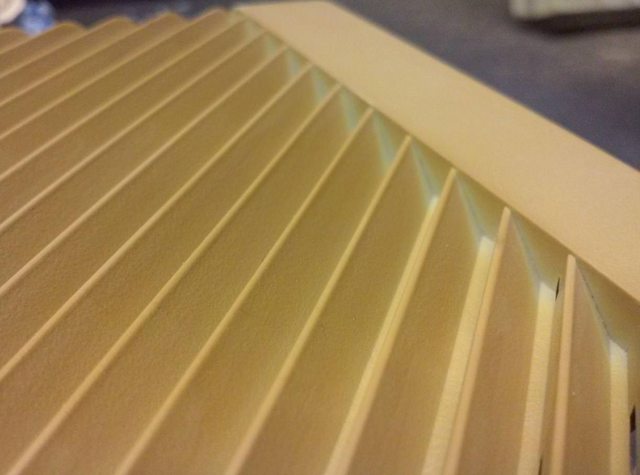 I wasn’t sure if I will be able to fully restore its original color but I’ve decided to give it a try. Actually to give a try to my already heavily tested method of de-yellowing stuff that I’ve already covered in many previous posts on this blog. I won’t describe it here again, plus, to be honest, I don’t even remember which post has its description lol. I’ll just mention that it is about covering it with a mixture of perhydrol+whitenting cream, wrapping it up in a stretch foil, and leaving it for a week in a warm place.

The first round took a solid few days and here are the results. 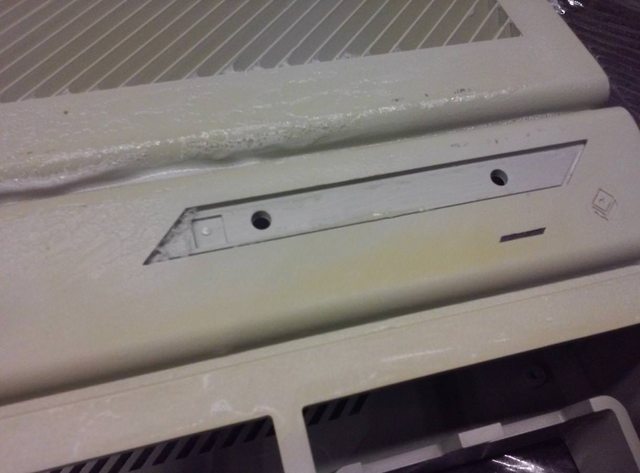 Again, a pic with the very same keyboard just for comparison. I was surprised by how good it all went after a few days but I was still light years away from the desired, final effect. The major problem was that it wasn’t evenly yellowed, So I had to launch …

Another few solid days passed and I decided to have a look at how the process works. This time, yellowing vanished but the over-brightening effect took its place and it didn’t look well either 🙁
Results below. 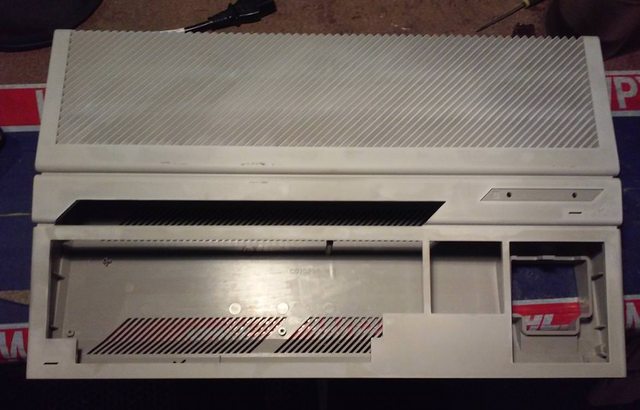 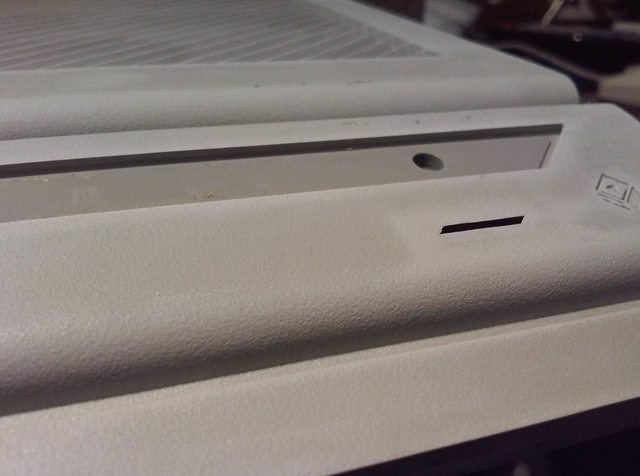 I’ve tried to shoot some pictures that would show an exact difference between a normal and over-brightened area with my USB micro-camera. Unfortunately, this camera is nice only good PCB inspection and lacks proper optics so the outcome is very poor. 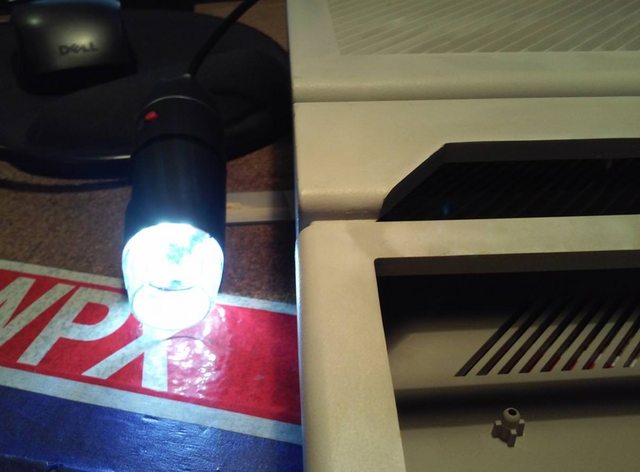 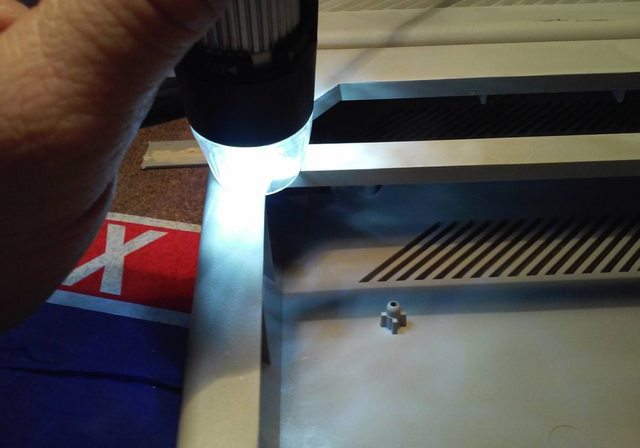 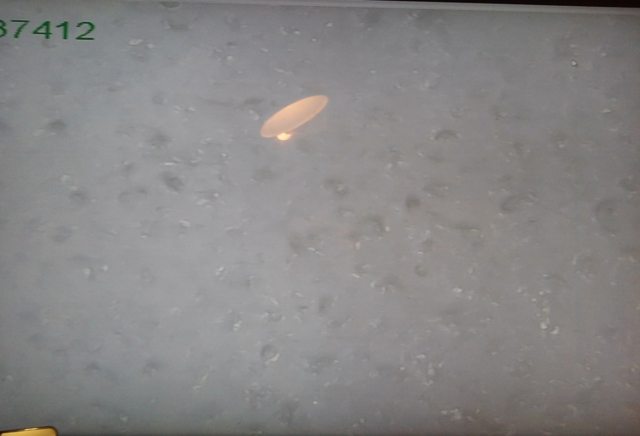 The road to the grand finale

I must admit that it took me quite a while to figure it out – at least a month.
Atari’s case was simply sitting on a bench and waiting to be restored to its original glory.
In order to come up with a proper fix, I had to figure out what causes over-brightening. I’ve figured that plastic in brighter areas has a more matte texture. Very strong rubbing will add a slight difference and restore the original color and texture.
That made me think that it might be some sort of a “sponge” effect. I would even risk and say that an ABS structure of over-brightened spots after treating it with hydrogen peroxide is similar to air-gel. This basically means that it reflects light differently than a spot with original texture. I did nearly the same work while restoring C64 keycaps the other day, that turned totally matte. This time though, I couldn’t use Acetone vapor to fix it. First, because it would make this case very glossy, and second because I didn’t want to heat up that much Acetone in my retro garage.
However, since we still deal with ABS, I came up with this cunning plan of using a special solvent to sort it out. It was special because it was a …..
spray paint lol. To be precise, a can of clear and matte spray paint.
There is a caveat though. This clear spray paint HAS to have a proper solvent in it. There is no method to universally tell which exact can of paint does the job, simply because plastic cases of various retro computers differ heavily. Also, I recommend running some tests on not important areas that are not directly visible – under the motherboard for example.

Here are the final results. 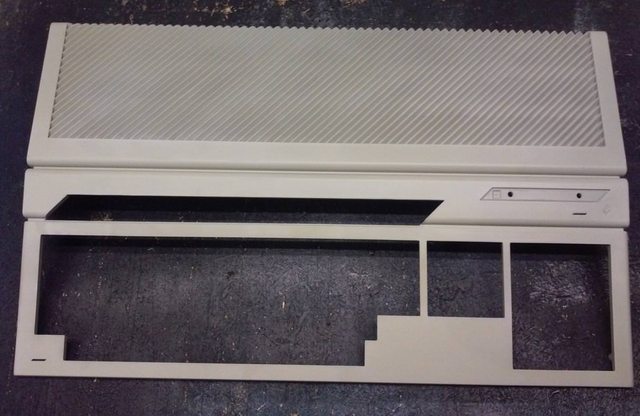 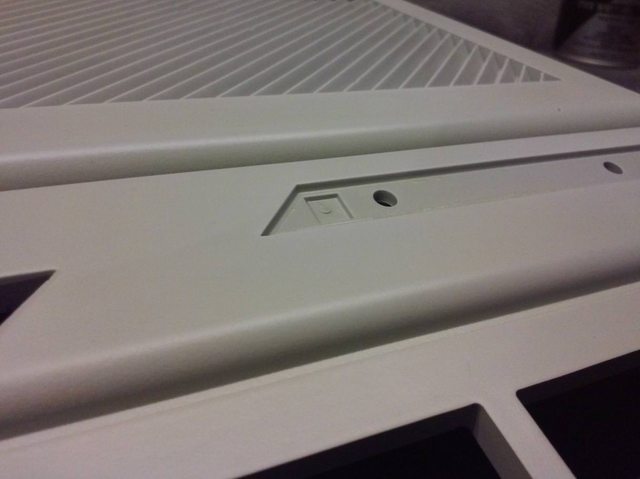