… or a short story about a long project

Why long ? because I am still working on it, but let me write how it all started. As usual, Johny/Lamers is the man behind this whole project.
Why? Because he always says “Hey, do You know what would be cool? If You’ve made < insert random project here > ”

Johny asked me to build an ATA2IEC the other day, however, I’ve figured that I’ll go with sd2iec because healthy 2.5″ ATA disks are hard to get nowadays.
SD2IEC is an open hardware project which emulates (not fully) a floppy drive. Instead of having tons of floppies (which is cool :P) you simply put all software on an SD card.
It cannot fully emulate a 1541 floppy drive simply because it is based on a small ATMega644 chip and it would be hard or impossible to fit inside it a full MOS 6502 CPU which is part of a real 1541 floppy drive.
Hardware capable of full floppy emulation does exist and is based on CPLD or FPGA. Ultimate 1541 made by Gideon is a good example.

Anyway, I’ve started to do some research. It seemed that there is plenty of different PCBs.
After a bit of digging, I’ve decided that I’ll go with the PCB layout made by Shadowolf rev. 1.2. 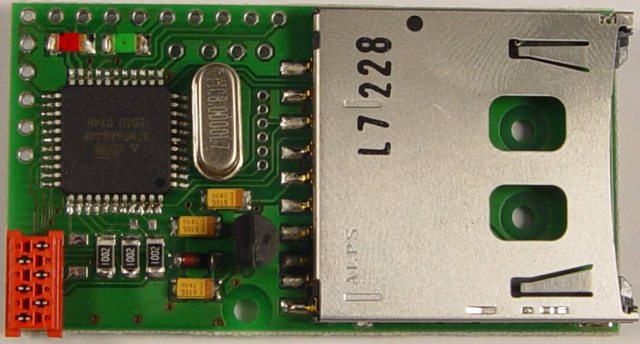 The first batch of PCBs came in fast so I could start soldering it. 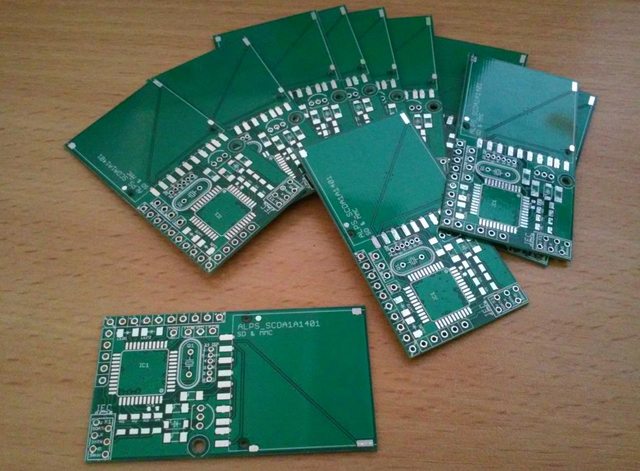 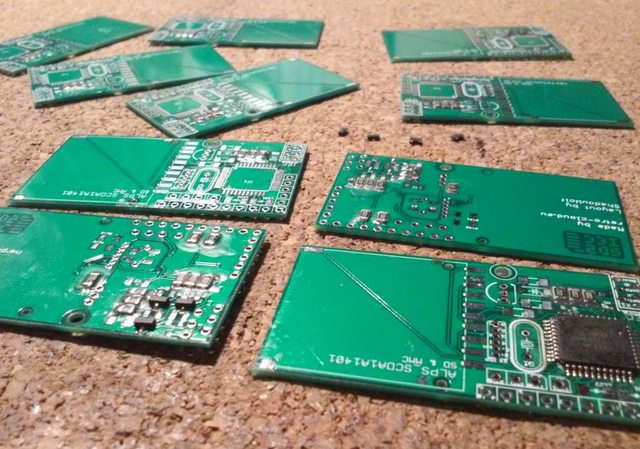 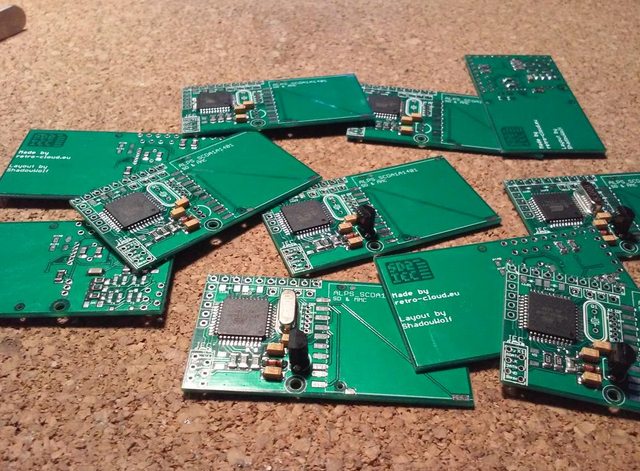 That resulted in a few completed boards. 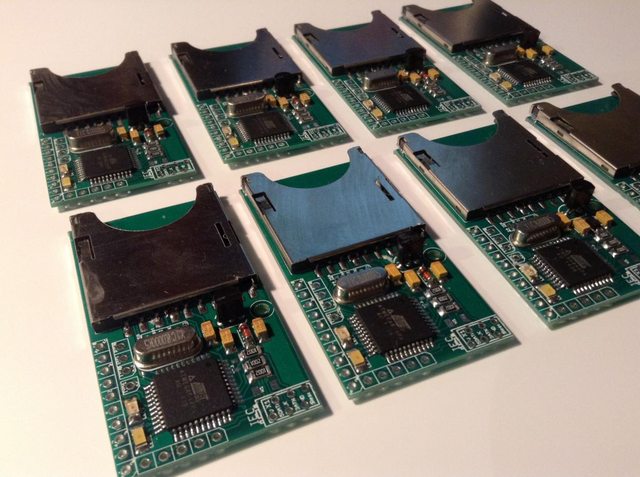 I still needed to upload firmware to ATmega644p and obviously, I also needed a cable with a proper plug to fit ISP connector vias on a PCB. Of course, I didn’t have one so I had to build it myself out of a trimmed SATA connector which seemed like a decent (lol sic!) solution.

Below is a video of the bootloader being loaded through the USBASP interface.

With bootloader flashed, I’ve launched a few tests to see if it works 🙂

The first boards went straight inside my C64s. 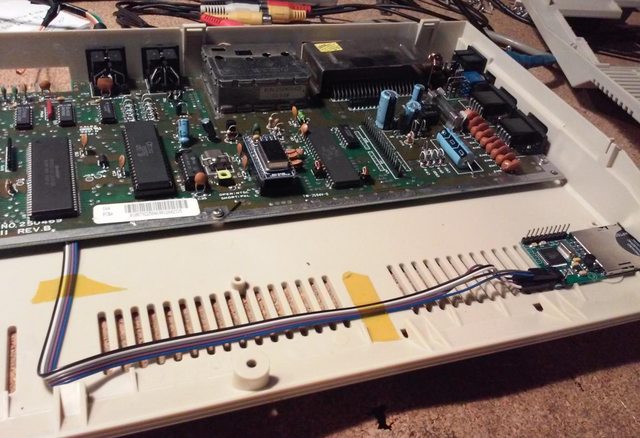 Here is a video of SD2IEC working in my C64G

In the meantime, new PCBs came in. I wanted to check how the yellow solder mask looks… and yes, green looks waaaay better 😉

I’ve already had nearly all the parts so assembly followed shortly. 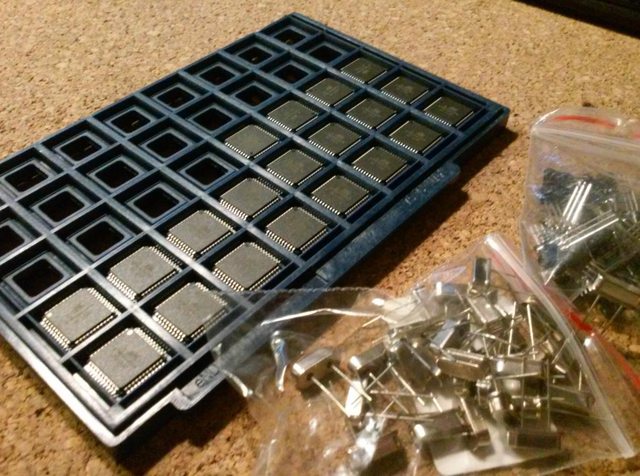 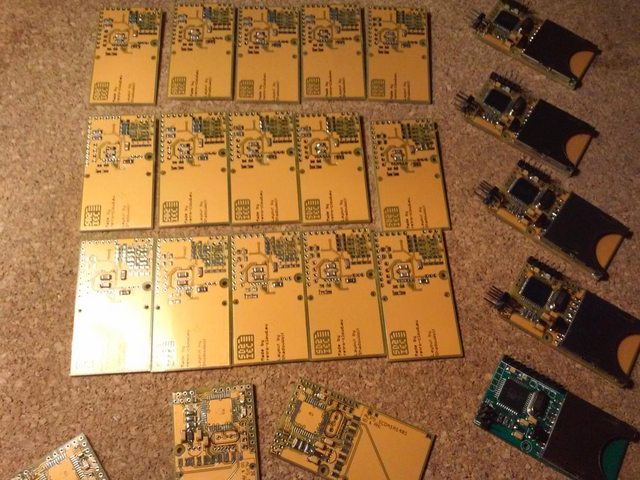 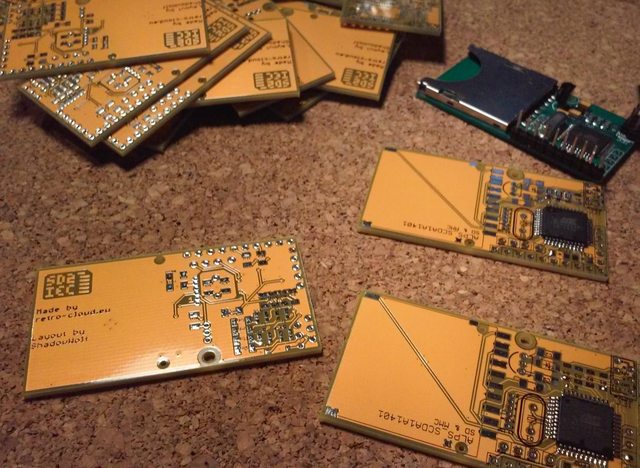 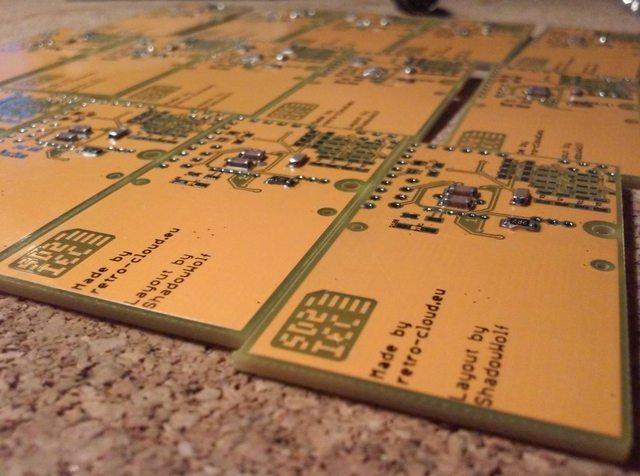 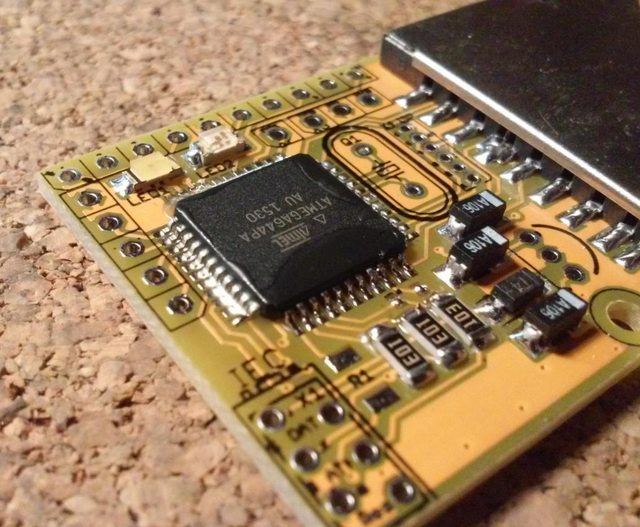 After installing several boards inside C64s, I’ve realized that internally mounted SD2IEC can be slightly modified to fit my needs more accurately.
I’ve started my layout fork. It is based on the original one – the Shadowolf rev. 1.2 but with a few changes.
Below are a few photos where I’ve tested the SD card socket and LDO voltage regulator. 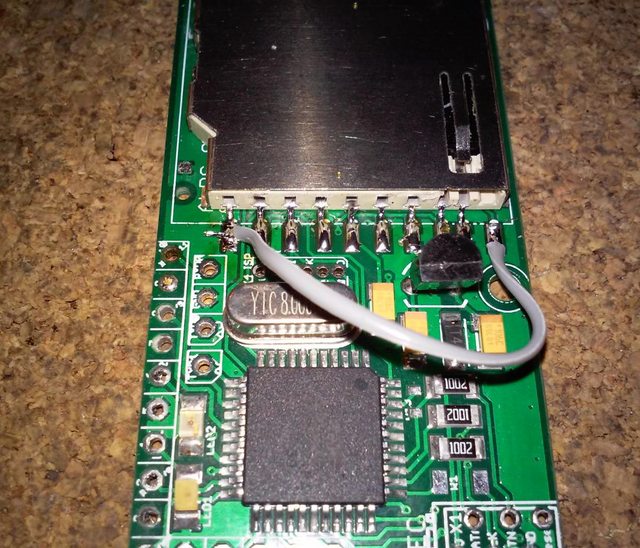 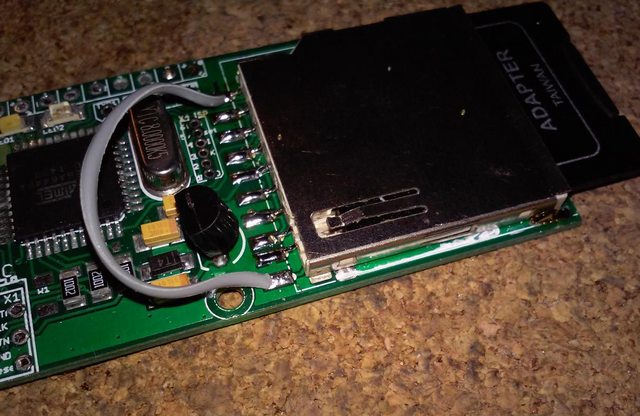 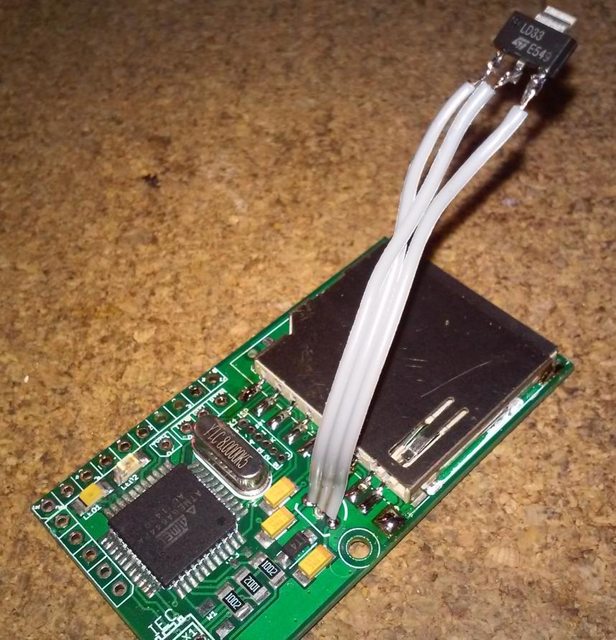 The most important change was to get rid of the ALPS SD card socket. It is hard to buy this part nowadays so, I’ve replaced it with a different one.
I also wanted to replace all THT parts with their SMD equivalents. The voltage regulator was replaced with LM1117 and a quartz oscillator with an SMT packaged one. I’ve also removed LEDs, replaced the IEC connector with simple solder pads, and did some other minor changes.
Two weeks later I received newly designed PCBs with black solder masks this time. 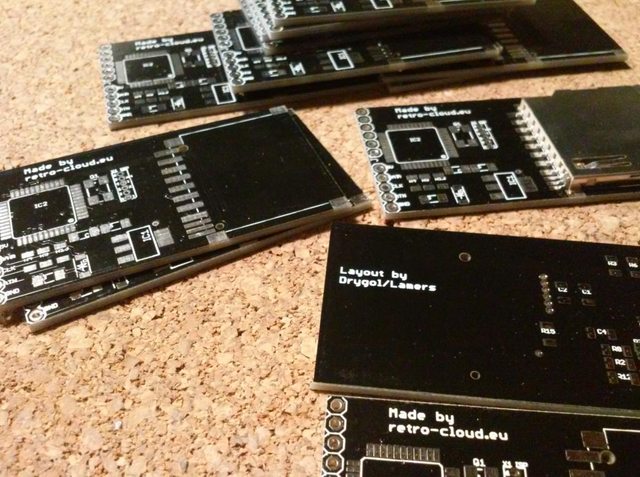 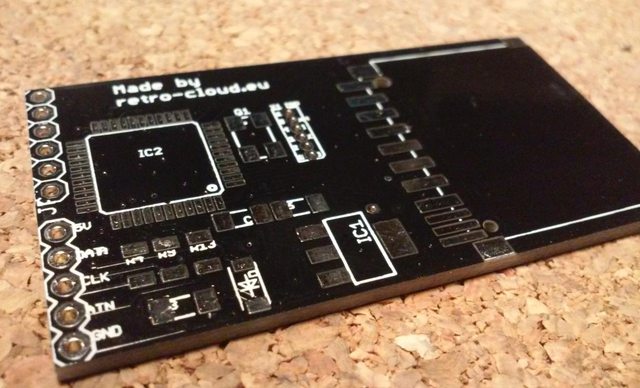 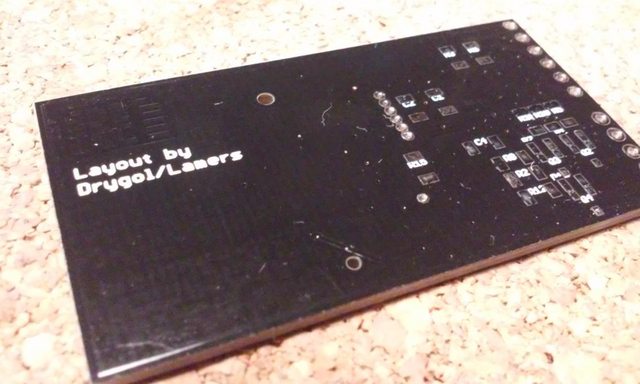 I didn’t wait long and started to assemble the boards. 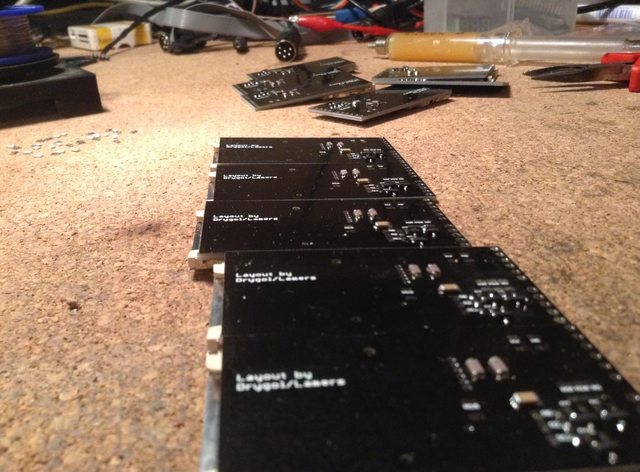 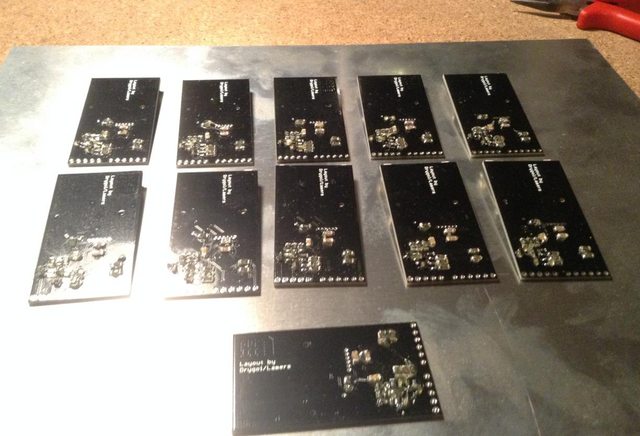 Here is a short vid of hot air’s works. 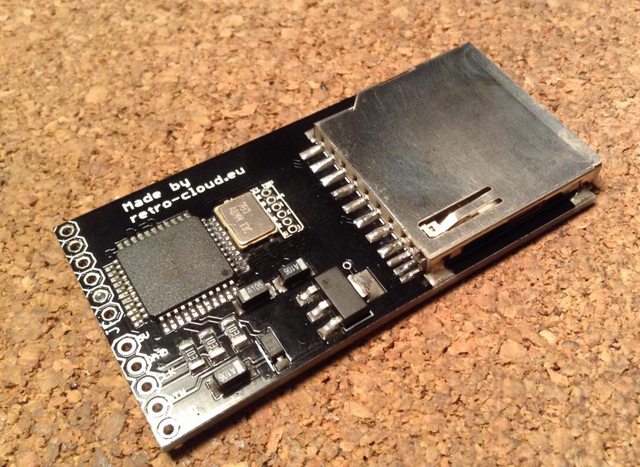 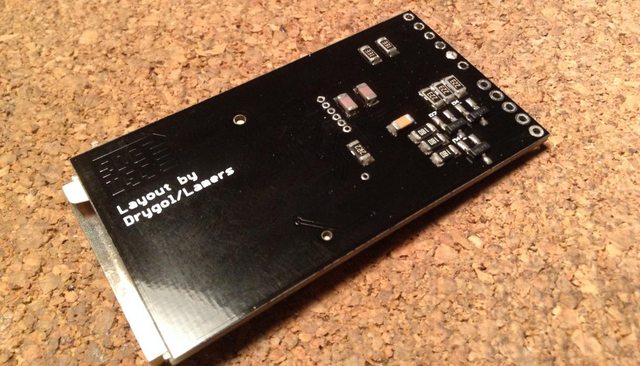 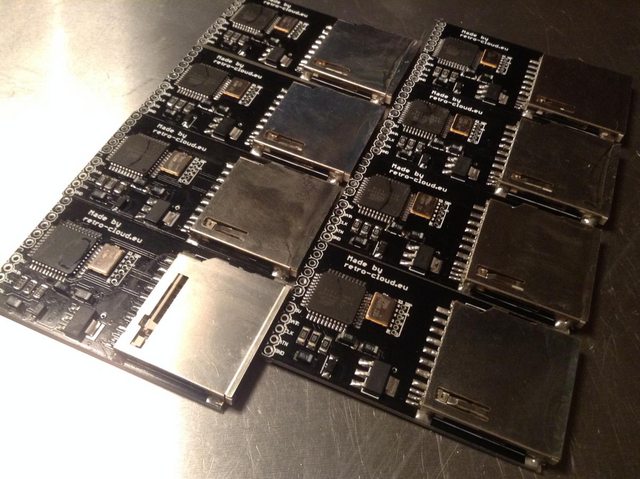 I’ve also made a jig to drill holes for LEDs, DiskSwap buttons, and SD card slots faster and easier. 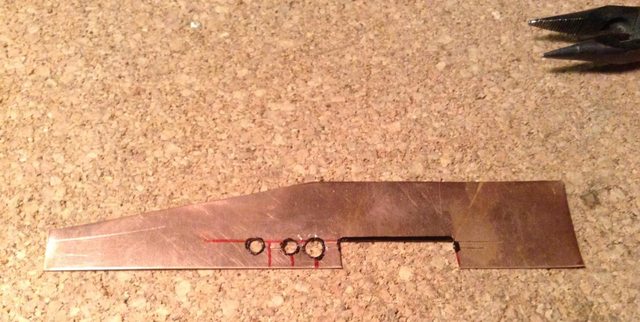 Here is an example of how I am mounting SD2IEC inside C64c. 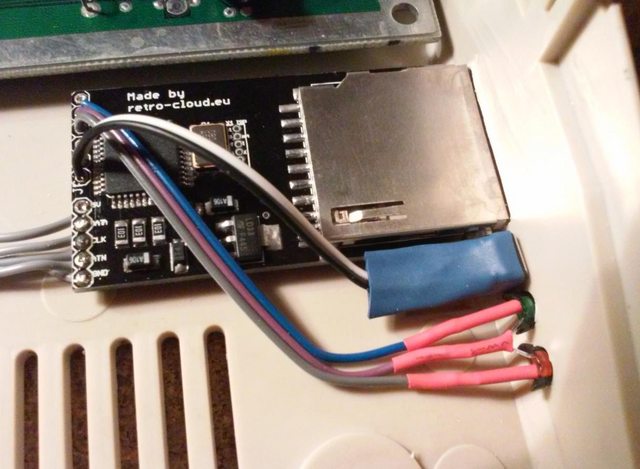 Since I’ve learned a lot from communities on the internetz I’ve thought, why not release my crappy design? Maybe someone will make use of it 🙂

At that moment I thought that the project is finished but just before the SillyVenture party, I met Willy/Lamers. Since he is way more advanced in PCB design, he pointed out several mistakes that I’ve made. Sooooo ……

I had to start from the beginning. It took a few hours of work but finally today I’ve finished the completely new design of internal and external versions of SD2IEC.
I don’t have PCBs yet, but I’ve placed an order already so expect another post.
For now, just two screenshots 😉 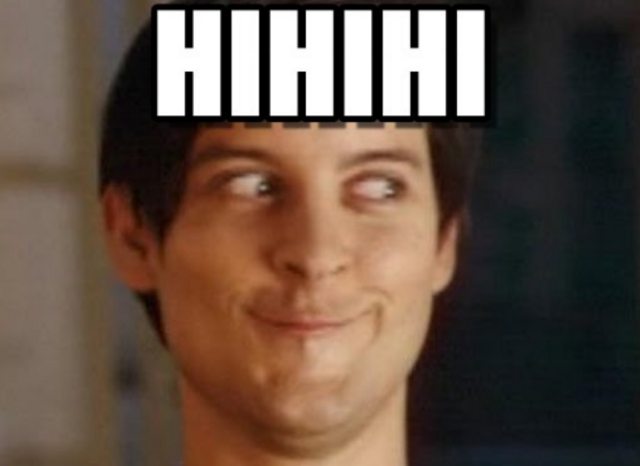